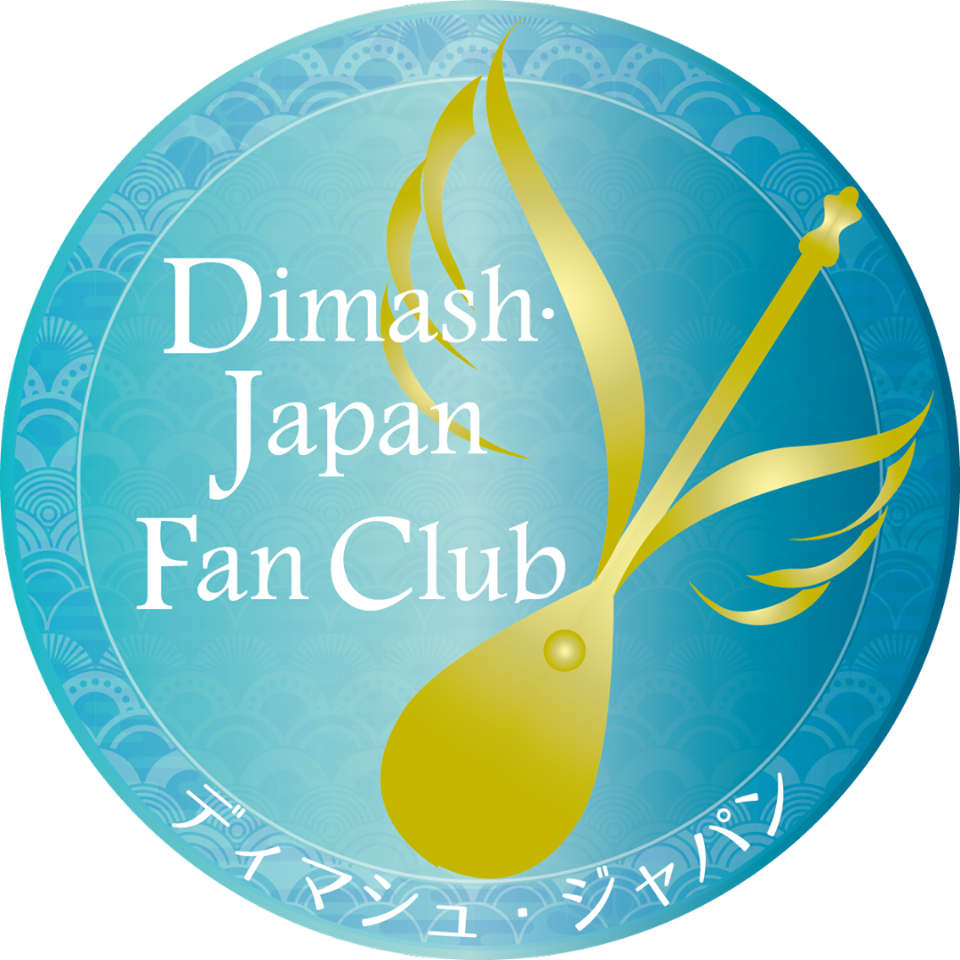 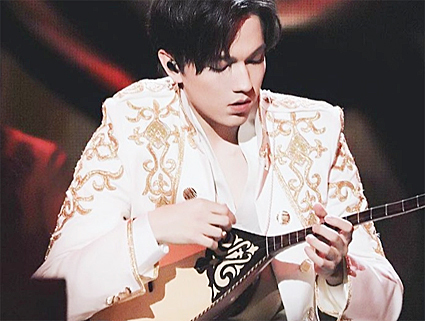 ◆Dimash guides you in Kazakhstan◆

Dimash always greets us in his concerts.

Are you Dimashfied?
As you get to know about Kazakhstan,
you will find yourself totally fascinated with it.

We invite Dimash Dears to explore it with Dimash.

※Please note that this page may be updated at any time. 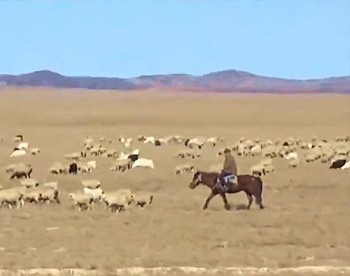 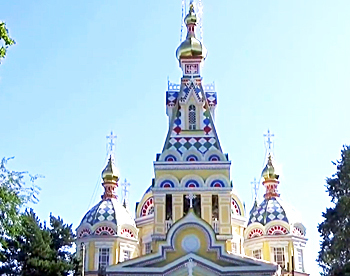 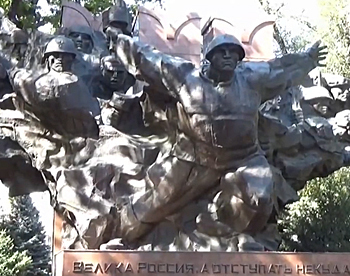 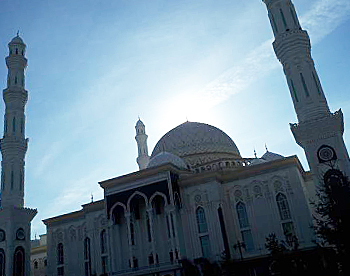 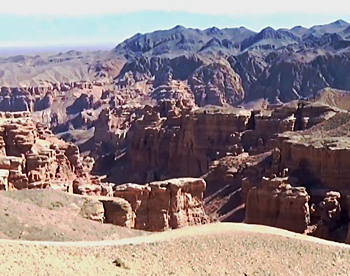 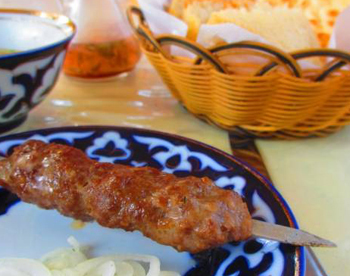 Kazakhstan is located in Central Asia (showing the capital) 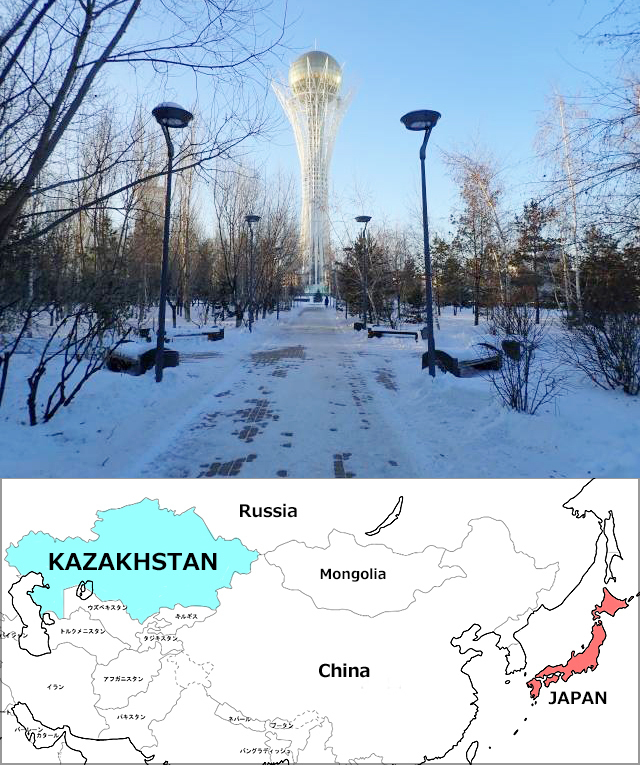 About the Republic of Kazakhstan
◆ Country Name: Kazakhstan

After the Dissolution of the Soviet Union in 1991, the CIS* (the Commonwealth of Independent States) went though political, economic and military twists and turns, and currently it consists of Armenia, Azerbaijan, Belarus, Kazakhstan, Kyrgyzstan, Moldova, Russia, Tajikistan, and Uzbekistan.

(picture : Bayterek “tall poplar [tree]” is a monument and observation tower in Nur-Sultan, the capital city of Kazakhstan) 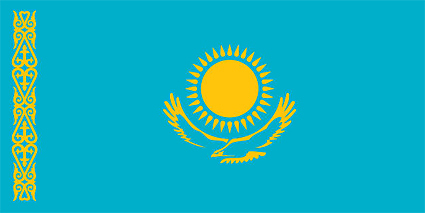 The national flag of the Republic of Kazakhstan was adopted in 1992.

It consists of a gold sun, a flying eagle, and a national ornamental pattern at the hoist edge, on a sky blue background. The colour of blue, the sun with 32 rays, and a steppe eagle flying in its centre represent freedom and hope for the future. The traditional ornamentation displays the wings of eagles and the horns of rams.

※Now, do you know the aspect ratio of Kazakh flag?
It’s 1:2, which is quite long sideways. (Japanese flag is 2:3, by the way.)
If you’ve already prepared a flag for greeting Dimash at an airport, check the ratio.
Is it correct? Don’t panic even if it’s not, because 2:3 is generally allowed to use at some occasions like Olympics or the United Nations. Anyway, the Kazakh ornamentation is pretty difficult to recreate, isn’t it? 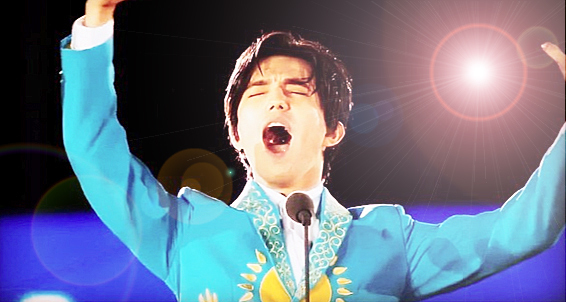 ※At the 2nd European Games 2019 held in Minsk, Belarus,
Dimash sang the song Ogni Pietra (aka Olimpico) at the Opening ceremony, wearing a jacket using Kazakh flag as a motif. 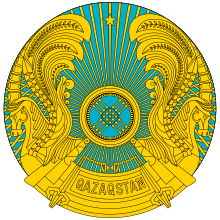 The national emblem of Kazakhstan was adopted in June 1992. The name of the country in Kazakh, QAZAQSTAN was originally written in Cyrillic script, then the text was changed to current latin alphabet in November 2018, as in the picture above.

The winged horses on right and left are mythical animals. The heart of the emblem has three crossing lines in a circle which is the image of Shanyrak, the arched, cross-shaped top of the Kazakh yurt (or ger in Mongolian).

The motif and the colours of golden yellow and sky blue in the original design represent peace, unity, prosperity, eternity, and a clear future.

cf.) Japan doesn’t have a national emblem established by law. At the International Conference on Passports in 1920, the use of an emblem was adopted on the front cover of passports. Therefore, Kikumon the Chrysanthemum Seal (the 16 petals of the chrysanthemum flower, which represents the authority of the Emperor) has been used since then.
Back to Top 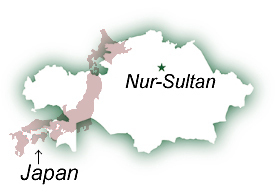 ◆Capital: Nur-Sultan (formerly Astana*)
*See the chapter on Head of State about renaming its capital.

◆Head of State President Kassym-Jomart Tokayev (As of April 2019)

The president awarded Dimash the title of the Honoured Worker of Kazakhstan in December 2019. 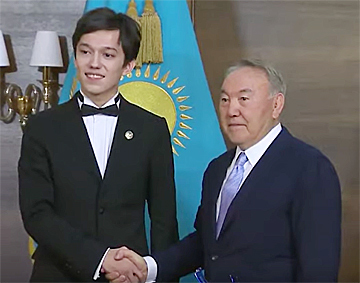 The Kazakh Soviet Socialist Republic was one of the transcontinental constituent republics of the Soviet Union, and Nursultan Nazarbayev had been First Secretary of the Communist Party of the Kazakh SSR. He was appointed as the nation's first president following its independence from the Soviet Union in 1991. He ruled and developed the new nation, exercising solid leadership, for app. 27 years until his sudden resignation in March 2019.
The capital Astana was renamed to Nur-Sultan right after he resigned, honouring his contribution.

※picture : at a meeting in which the then President Kassym-Jomart Tokayev praised Dimash’s achievement at Singer 2017 in China.
◆ Ethnic Composition
Kazakhs 67.5%, Russians 19.8%, Ukrainians 3.2%, Uyghur 1.5%, Uzbeks, Tartars, Germans, Koreans, and etc. (The Ministry of National Economy of the Republic of Kazakhstan Statistics Committee, as of 1 January 2018)

※Under the rule of the Russian Empire in the 19th century, Russian peasants began to settle in Kazakhstan, and the ethnic composition became more complex because of the immigration policies of the Soviet Union. Around 1990, the population of Kazakhs was 40%, which was slightly more than 37% of Russians, but Russians and Germans emigrated back to their countries after Dissolution of the Soviet Union, and the ethnic composition fluctuated a lot. Yet Kazakhstan is still a multiethnic country of many ethnic minorities.

At the 1st Baqytty bala (a vocal competition for young talented people) in June 2018, the two grand prix winners were awarded prize money and the chance to perform at Dimash’s concerts.
The promoter of this competition is the Creative Centre DimashAli, of which Dimash’s father Kanat Aitbayev is the official representative director.
The competition has been developing and transforming since the celebration of the 150th anniversary of Aktobe in 2019.

Now, the introduction gets rather long. The prize money is one million tenge. How much would it be in Japanese Yen?

Kazakhstan’s currency is the tenge, which has been changed from the Soviet ruble and used since November 1993.
Tenge has a meaning of being equal, balance and a set of scales.
Similarly, there are many currencies in the world where the origin of the word came from the Latin libra (scales), such as pound (UK), lira (Italy), livre (France).

Apparently, the banknotes of tenge received consecutive awards for “Banknote of the Year” for a few years from the International Bank Note Society, IBNS!

Note 1: Currently (as of 2019) the Japanese yen cannot be exchanged in Kazakhstan. Make sure that you have banknotes in a suitable currency, such as US dollars.
Note 2: Generally tipping is not customary in Kazakhstan. However, it is becoming more common at tourist facilities or when using a taxi.
Back to Top 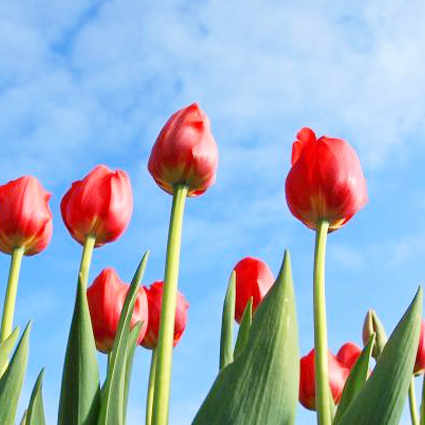 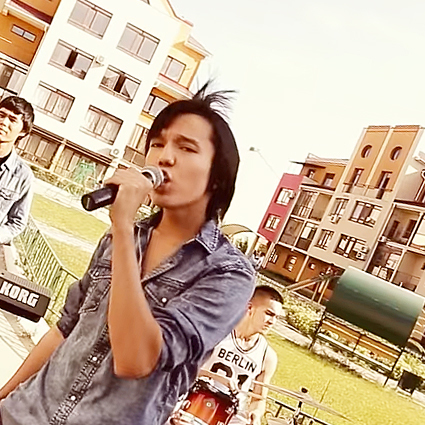 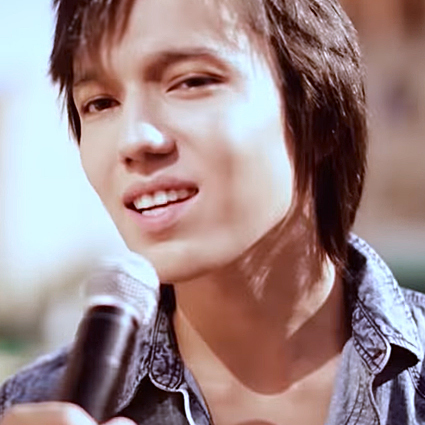 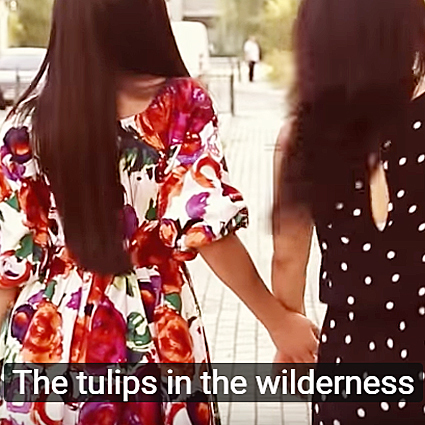 In 2012, Dimash and his father Kanat made their first music video My beauty, with lyrics by Kanat and composed by Dimash.
The lyrics of the last phrase in the first verse:
“The tulips in the wilderness, I shall pick them just for you”
Даланың қызғалдағын Бір саған арнап теремін

Holland is a country that might come to most of people’s mind when they think of tulips, but in fact tulips originated in the Central Asian to Mediterranean region. Tulips became known and popular in Holland for their cultivated varieties in the 16th ~17th centuries.
There are 37 kinds of native species in Kazakhstan, and they still grow wild on the steppes today. They managed to survive over 1000~2000 years by forming bulbs in the harsh natural environment of the steppes, which is dry and has strong winds. The height of tulips is fairly low, and there is a variety of colours and types. It takes fifteen years to bloom from a seed, and the life span of some kinds are a few decades.
Click here for the official MV, My Beauty 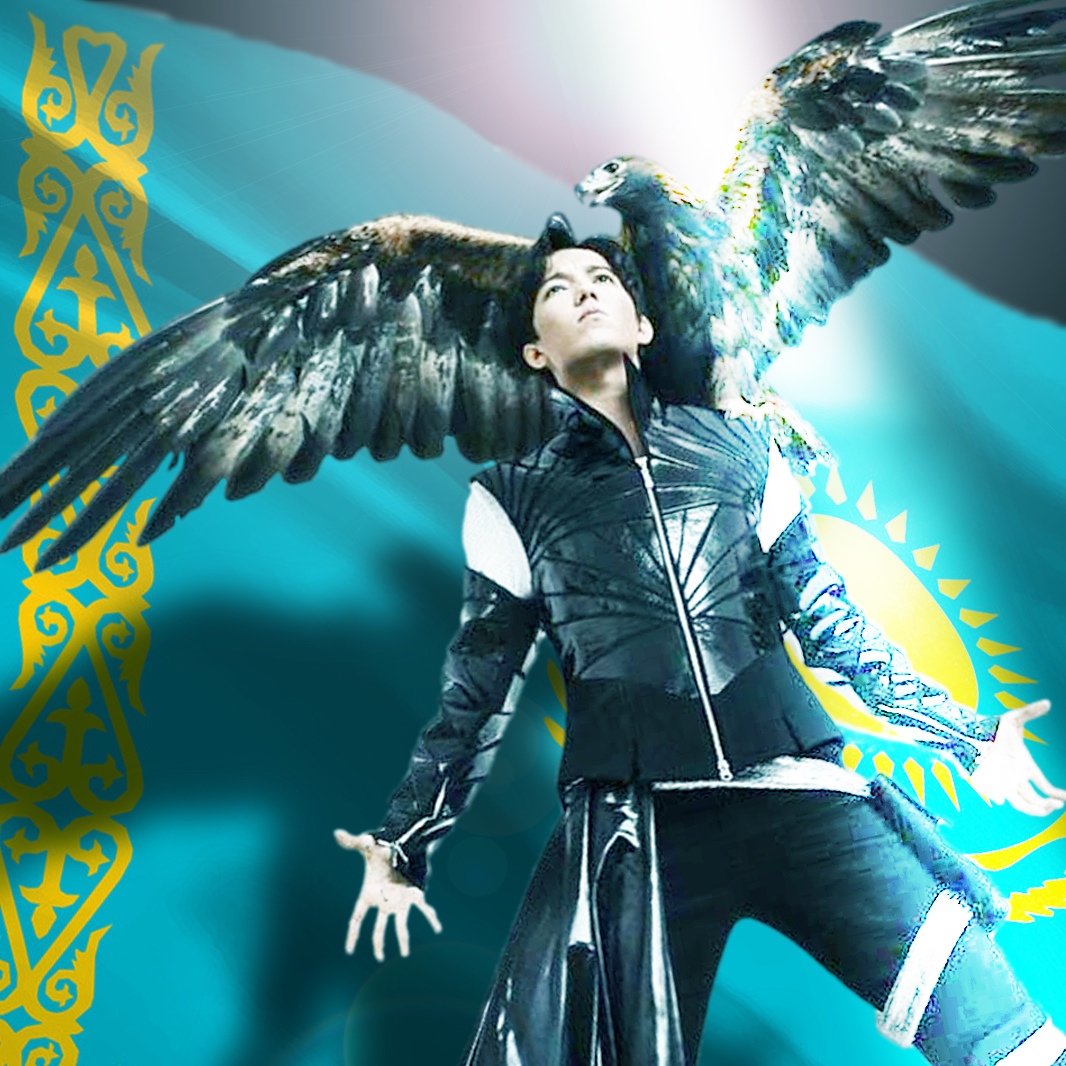 From the antiquity
Our heroic glory emerged,
They did not give up
their prideMy Kazakh people are strong!

Chorus:
My country,my country,
As your flower I will be planted,
As your song I will stream,my country!
My native land – My Kazakhstan!
The way was opened to the posterity
I have a vast land.
Its unity is proper,
I have an independent country.

It welcomed the time
Like an eternal friend,
Our country is happy,
Such is our country. 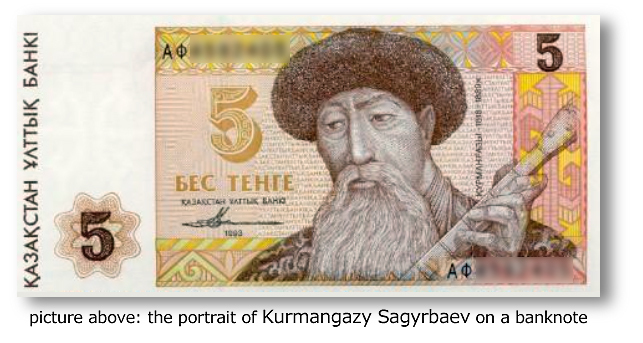 If you are Dimash fans (Dears), you must know about Kazakh Music.
Music is closely bound up with poems, literature, history, ethnicity.

The most basic style of Kazakh traditional music in a nomadic life is dombra solos or singing accompanied by the dombra, and it was a part of oral culture.

A lot of music was composed by national musicians: Kurmangazy Sagyrbaev and Shigayev Dauletkerei in the 19th century and Nurgisa Tlendiev in the 20th century, and the masterpieces of Kazakh songs by singers: Birzhan-sal Kozhagululy, Akan-seri Koramsauly, and Muhit have been passed down to posterity. The poet Abai Kunanbayev also composed about twenty songs. On the other hand, there is much traditional music and many traditional songs composed by unknown musicians. 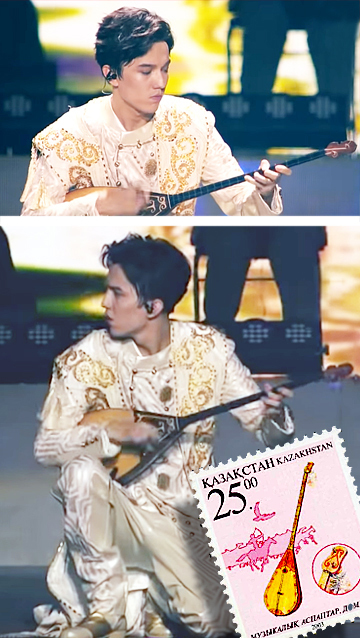 The Kazakh instrument Dimash plays is the dombra.

It is two-stringed instrument with a wooden body and neck, and the strings are struck to make sounds.

Kazakh dombra is played by plucking strings up and down in brushing off motion with a loose wrist.

There are also some other techniques such as finger picking, tapping on the main surface of the instrument like a percussion instrument, and pizzicato using the left hand, which normally holds the strings on the neck.

The instrument and playing style differs slightly in different regions. In the western part high-speed performance with a two-stringed dombra is common, while in the central and east part one-stringed dombra is played more slowly. Dimash’s playing is the former type. It’s really spectacular on stage. The fast and rhythmical sounds conjure the image of galloping horse. The body of the
dombra used to have different types of construction: hollowed out wood, or wood elements glued together, paddle- or pear-shaped, but they were standardized in the Soviet era. Education started at music schools, and solo performances shifted into more a orchestral style, and musical scores were introduced.
Click here for Adai+Daididau, Bastau 2017 (including dombra performance) 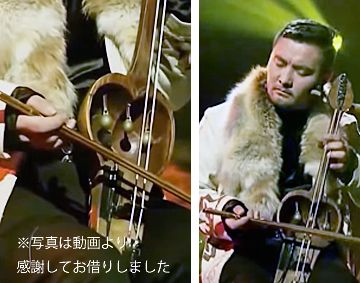 Another Kazakh traditional string instrument is the Kobyz, which is played with the bow.

It is made of carved wood for the body, camel skin for the resonator, and horse hair for the strings and the bow. It has a unique resonating sound, which draws listeners into a trance. This was also used in metal-string orchestras during reform policy of the Soviet Union era. Traditional type is called Kyl-kobyz.
Click here for performance by Aray Aydarkhan with a Kobyz player

◆Embassy of the Republic of Kazakhstan in Japan 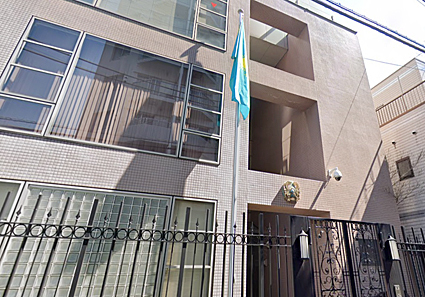 Departure and arrival time changes depending on Summer / Winter Time. 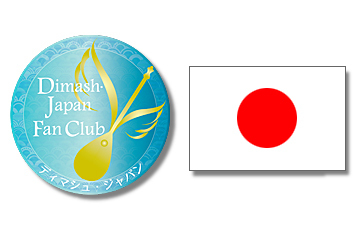